This post is not about the Memorial Wednesday in Tucson. That was for the six Americans who were so tragically murdered. By definition, it was not for the surviving Congresswoman Giffords. No one should complain about the remarks of the four politicians. The conduct of the University of Arizona was Bazaar. But who brought the T shirts? This question requires an answer.

This post is about the over-the-top —out of bounds— conduct of the left since the tragic shooting of Congresswoman Giffords. These people are vicious, they are filled with hate and they respect nothing as they reach for power.  As we saw in Democrats Gone Wild —1987, the roots go way back —they are deep. In the 1960’s they occupied the universities and the streets. In the 1970’s they took over the Democrat party and big media. In the 1980’s and beyond we had spectacles like the Judge Bork and Justice Thomas hearings. In October, 2002 Senator Paul Wellstone, his wife, daughter and three campaign aids died in a tragic plane accident. This “opportunity” could not go to waste. 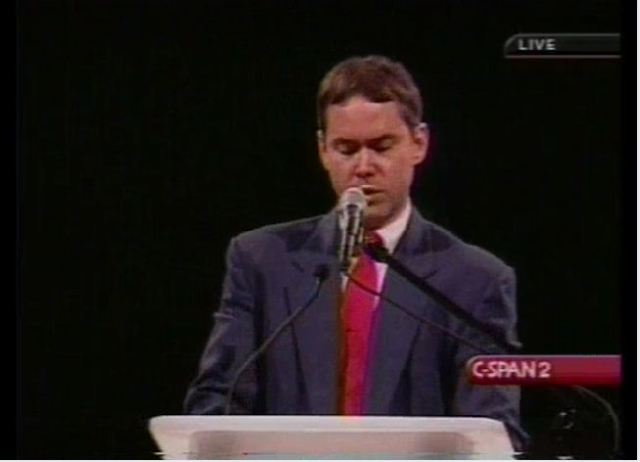 Richard Johnson: a mature Christian who understands the sweep of history, the unique role of America and these times clearly and precisely.
View all posts by Richard Johnson →
This entry was posted in Liberty, Media: Do Your Job, Obama, Reclaiming and Restoring America. Bookmark the permalink.