WE THE PEOPLE —JOINED BY A POWERFUL SENATE VETERAN

“Our Bill Gets Government Out of the Way.” —Senator Orin Hatch 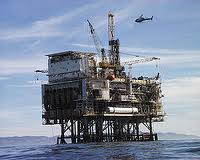 Domestic Jobs, Domestic Energy and Deficit Reduction Act of 2011 – would overturn the Obama administration’s restrictions against domestic oil and gas production, reverse its bans on key offshore federal leases off  the Atlantic and Pacific coasts, and open ANWR in Alaska to oil production, directing some of the resulting revenues toward renewable energy production, Finally, it would reverse the Administration’s recent moves against commercial oil shale production in Western states.

The bill gets government out of the way of the real jobs that produce domestic affordable energy and increases energy security.

“There is no quicker way to jumpstart our economy and reduce our budget deficit than to simply allow private industry to access our abundant, affordable energy sources,” Hatch said. More from Hatch:

This Administration has created the most hostile atmosphere for domestic energy production our nation has ever seen. Whether it’s federal offshore leasing, leasing on federal lands, or commercial regulations for oil shale development, this President has done more to stymie energy production than any other president in history. In spite of the President’s words, federal energy leases have dropped 67 percent in the Rockies and 87 percent in Utah.  That translates into an 87 percent cut in high-paying energy jobs in Utah, higher gas prices at the pump and less revenue for the state and federal government.

This is an exciting development. This “Three-D” energy bill will be a key vehicle in our National conversation in 2012. The bill, of course, will not become law. Democrats in the Senate will not pass and Obama would not sign this bill or anything likeit.

Richard Johnson: a mature Christian who understands the sweep of history, the unique role of America and these times clearly and precisely.
View all posts by Richard Johnson →
This entry was posted in Liberty, Obama, Reclaiming and Restoring America, Remaking the Republicans. Bookmark the permalink.