A TINY BIT OF O’BAMA BLARNEY BEFORE TAKING THE QUEEN

Before Taking The Despised Queen of England Out—Out of Her Home, That Is!

We all know Barak Obama despises the Queen of England. We thought it was his African roots: 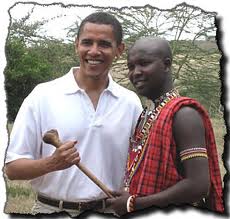 But no, it could be his Irish roots:

President Obama made his statement to the British Royalty with his gift to Queen Elizabeth, an IPOD loaded with his speeches. Now, he has taken over her home, Buckingham Palace. The takeover includes significant structural changes.