Another story of our present Great Awakening inspires confidence. 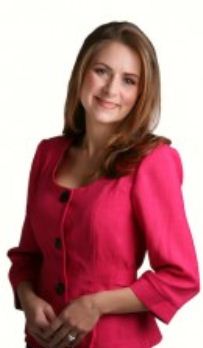 Are you like Linda Smith, understandably and rightly concerned because so few Americans seem to care about saving—restoring America? Meet Natalie Nichols. Mrs. Nichols, 34, is a northeast Texas housewife and mother who was inspired by Sarah Palin in 2008. She ran for the position of Clerk of Commissioner Court for Bowie County, Texas in 2010 and won—as a Republican! No Republican won elections; none even ran—until Mrs. Nichols.

In Nichols’ absence, June 13, 2011, the Commissioner Court voted to remove the Pledge of Allegiance and the invocation from the session records. The battle lines were drawn when Nichols refused at the June 27th session to remove the record. There is an interesting presentation of this developing confrontation at the Red Flame Wire. No one can write the story better than our irreplaceable Pamela Geller writing for World Net Daily Wednesday. Here is Pamela’s piece in its entirety:

There is a holy war being waged against G-d in America – not against Allah, of course. Despite the relentless gains Islamic supremacists have made in imposing Islamic law on the public square, non-Muslims have enjoyed no such privileges. Quite the contrary: Non-Muslims are being forbidden to even invoke the word G-d.

Now Natalie Nichols, a newly elected county clerk in Texas, is fighting back against a rogue court that actually voted to remove the Pledge of Allegiance and an opening prayer from the court’s official records. She refuses to do it, has made it her official stance and is now actually being threatened with legal action by a representative of the district attorney’s office. But Nichols is standing firm: She has stated that she would rather be removed from office than acquiesce to this.

Of course, the district attorney is a Democrat. Nichols, who was inspired to go into politics by watching Sarah Palin in 2008, was the first-ever Republican woman elected to a county-wide office in the history of Bowie County, Texas. “Since our county’s been in existence,” she told me, “it was just understood that if you wanted to run for office, you ran as a Democrat or you had no chance.” Nichols, however, was not interested in doing that: “I wasn’t about to compromise my values to get into office, and I will not compromise them now that I am in office. I ran as a Christian conservative and I am a Christian conservative.”

As county clerk, Nichols keeps the minutes of the proceedings of the Commissioners Court, which are held before an audience and begin with a prayer and the Pledge of Allegiance. While Nichols was away attending a county clerk training conference on June 13, the Commissioners Court voted to remove the invocation from the minutes of a previous meeting. Why? Nichols said that County Judge Sterling Lacy told her that he “didn’t want some group like the ACLU to come in and sue.”

They removed the Pledge from the minutes also. Nichols commented: “Are we now afraid to be patriotic in America? Well, I am not. I will not sit down while people drag our country into a direction that makes me not even recognize it anymore.” Nichols is fighting this decision, against heavy odds. Judge Lacy remarked ominously: “What she hasn’t thought through are the unintended consequences” of her stand.

Nichols responded: “Contrary to what Judge Lacy seems to understand, I have thought through the unintended consequences of being a party to removing an official record of saying the prayer and the Pledge of Allegiance. I have thought through the impact it will have on my grandchildren to read the history of our county and errantly think that our customs were such that we didn’t proudly proclaim a love of God and Country.”

Yet there are many more like Judge Lacy. Just last week in Houston, the Houston National Cemetery informed veterans, as well as volunteers at the cemetery, they could no longer use the words “G-d” or “Jesus” during funerals or even on condolence cards. Why? Because these words are “offensive.”

This is outrageous. It is yet another craven example of the left’s war on America. America is not godless. Are “Jesus” and “G-d” being singled out here? When I called the Houston National Cemetery to inquire, I was told that the person I would need to speak to about this matter, Arlene Ocasio, was off this week (how convenient). I further inquired as to whether this prohibition includes “Allah” and was tersely told that “the matter was in litigation” and that no comment would be forthcoming (again, how convenient).

I’d like to see them try to forbid use of the word “Muhammad,” but I suspect that this will not pose a problem, since the number of Muslim soldiers in this veterans’ cemetery is … minimal.

In any case, Ocasio should be fired. Immediately. This is out of control.

But in Bowie County, it is Natalie Nichols who is facing that prospect. “I’m already being warned of rumblings of attempts to remove me from office,” says Nichols. “What Judge Lacy seems to have done is underestimate the capability of a patriot to know full well the possible consequences of going against the political establishment and being A-OK with whatever consequences may result. Those who came before me pledged their lives, fortunes and their sacred honor to ensure that we had the freedoms we hold so dear. I will not dishonor them, regardless of any threat made against me. I didn’t seek office to gain a career. I ran for office to make a difference.”

Like our dear and precious Pamela, we have only one of Natalie Nichols but we have a million who, like us, have or will hear The Call of this present Great Awakening. Join in the search for more of them. America will be restored!

Richard Johnson: a mature Christian who understands the sweep of history, the unique role of America and these times clearly and precisely.
View all posts by Richard Johnson →
This entry was posted in Liberty, Reclaiming and Restoring America, This Great Awakening. Bookmark the permalink.