WHO HEARD OBAMA SAY, “RICHARD NIXON IS SMALL TIME, LOOK AT ME!”

Posted on September 7, 2011 by Richard Johnson

Nixon was right. His scandal was just a “two bit burglary.” More than 2000 assault weapons delivered into the hands of international drug criminals—now that’s a scandal! Let’s not hear more talk that Obama can’t do anything right. 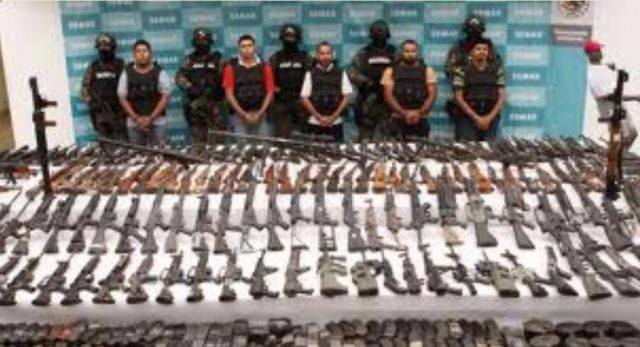 Three national security officials were given some details about the operation. But an administration official says the emails do not prove that anyone in the White House was aware of the covert tactics of the program.

Newly obtained emails show that the White House was better informed about a failed gun-tracking operation on the border with Mexico than was previously known.

Three White House national security officials were given some details about the operation, dubbed Fast and Furious. The operation allowed firearms to be illegally purchased, with the goal of tracking them to Mexican drug cartels. But the effort went out of control after agents lost track of many of the weapons.

The supervisor of the Bureau of Alcohol, Tobacco, Firearms and Explosives operation in Phoenix specifically mentioned Fast and Furious in at least one email to a White House national security official, and two other White House colleagues were briefed on reports from the supervisor, according to White House emails and a senior administration official.

But the senior administration official said the emails, obtained Thursday by The Times, did not prove that anyone in the White House was aware of the covert “investigative tactics” of the operation.

“The emails validate what has been said previously, which is no one at the White House knew about the investigative tactics being used in the operation, let alone any decision to let guns walk,” said the official, who was not authorized to speak about it publicly. “To the extent that some [national security staff members] were briefed on the top lines of ongoing federal efforts, so were members of Congress.”

“The emails were not forwarded beyond them, and we are not aware of any [additional] briefings related to that email chain,” the official said.

The emails were sent between July 2010 and February of this year before it was disclosed that agents had lost track of hundreds of guns.

In the wake of top level “reassignments,” Senator Grassley and Congressman Darrell Issa announced they are stepping up their investigation. The report from Washington Wire (WSJ):

Sen. Chuck Grassley (R., Iowa) and Rep. Darrell Issa (R., Calif.) said they were expanding their probe into a troubled anti-gun-trafficking program, two days after the Justice Department announced a shake-up of officials who oversaw the program.

In a letter Thursday to Ann Scheel, the acting U.S. Attorney in Phoenix, Messrs. Grassley and Issa essentially put the Arizona district office on notice, saying its role “in the genesis and implementation of this case is striking.” They sought extensive documents – emails, memos, notes and the like – from six top officials, including Ms. Scheel and Dennis Burke, the former U.S. Attorney who was ousted in the shake-up. The lawmakers had signaled on Tuesday that their investigation would intensify. . . .

On Tuesday, Mr. Burke resigned and Kenneth Melson, acting head of the ATF was reassigned. In addition, an assistant U.S. attorney in Arizona, Emory Hurley, was also reassigned. 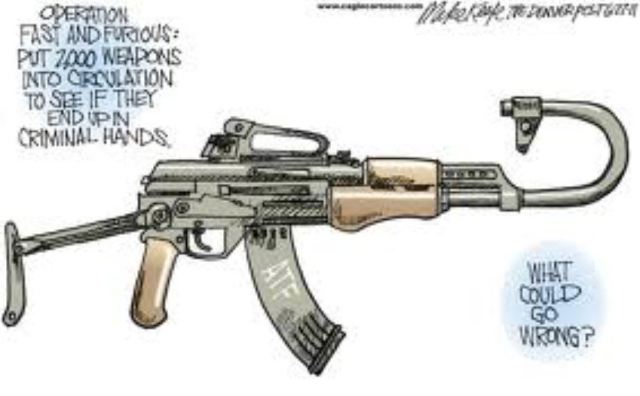 Richard Johnson: a mature Christian who understands the sweep of history, the unique role of America and these times clearly and precisely.
View all posts by Richard Johnson →
This entry was posted in Obama, The Cost of Democrats. Bookmark the permalink.

1 Response to WHO HEARD OBAMA SAY, “RICHARD NIXON IS SMALL TIME, LOOK AT ME!”