CAN WE KNOW AND DEFINE AND LIVE THE AMERICAN CULTURE?

Posted on December 8, 2012 by Richard Johnson

You may have noticed something with our American culture. You reach to put your finger on it but it seems to be a moving target. You reach to finger Pop music and something blindsides you from Hollywood. The next thing you know, you are faced with a new regulation or tax. Then you hear there is a race war and you are the cause. A war on women is discovered and it turns out you are the problem. Homophobe? Only a few years back, you had not even heard the term. Global warming, carbon caps, Jesus as a Marxist, they all come at you with dizzying speed. Then you learn your local school forbade a little girl to write her own story with God in it. The truth is you, like so many American patriots, you have no idea what the American culture is these days or if you even belong.

I have known for months that I am to write on the American culture after the 2012 election. But I, like you, cannot really pin it down. So I Googled “American culture” and found an intriguing result—American Cultures at the University of California at Berkeley. What I discovered must be quite normal for those who interface in some way with a pathfinder like Berkeley or simply a University that merely follows. But I trust you’ll be shocked. First take a look at the American Cultures homepage (screenshot). 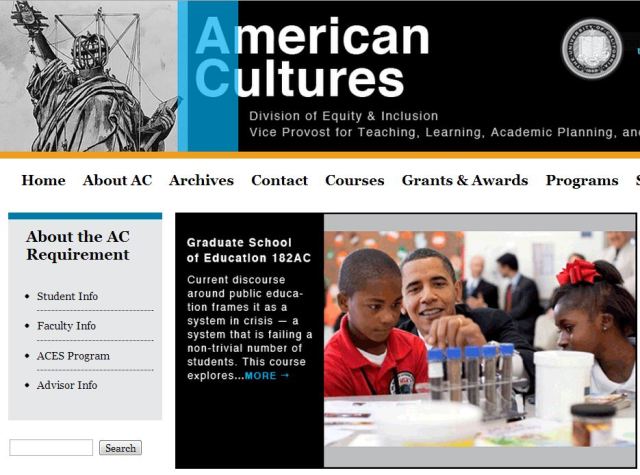 You should notice that “American Cultures” is a “Division of Equity and Inclusion.” The main Panel below the toolbar (on the right) features a rolling presentation of several of the more than 280 “American Cultures” courses at Berkeley. You’ll likely notice a supporter of this featured course from the Graduate School of Education is the world famous President Obama.

Perhaps you saw to the left that “American Cultures” (AC) is a requirement. This is the only requirement for graduation that applies to every single student:

In 1989, UC Berkeley adopted the ground breaking American Cultures (AC) undergraduate education requirement. Courses meeting the AC requirement can be found in more than forty departments and programs across the UC Berkeley campus. As well as being the one course that all undergraduate students at Cal need to take and pass in order to graduate the requirement offers an exciting intellectual environment centered on the study of race, ethnicity and culture in the United States.

Here is a promotional video on American Cultures or, as they have defined, American Cultures Engaged Scholarship or ACES. You will notice Social Justice is the underlying value for this UC-Berkeley requirement of every graduate. So Berkeley has been committed to “spreading the wealth around long before anyone ever heard about Barak Obama. Take a look: 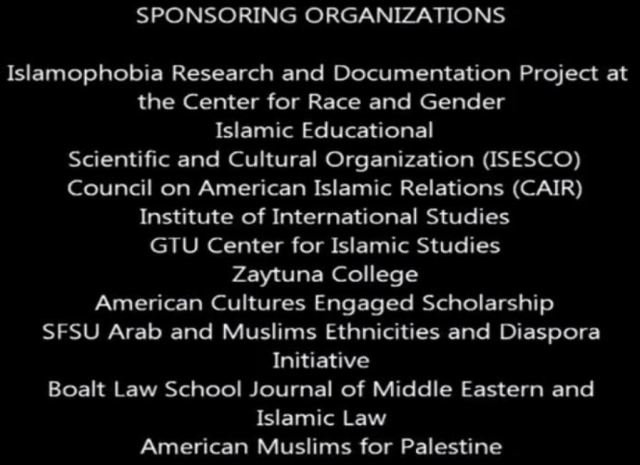 Stealth Jihad? Why no, we can see it right in front of us every time we look.

American Cultures began in 1991 but is committed to honor their Social Justice and revolutionary “forebearers” with the Mario Savio Memorial Lecture fund: 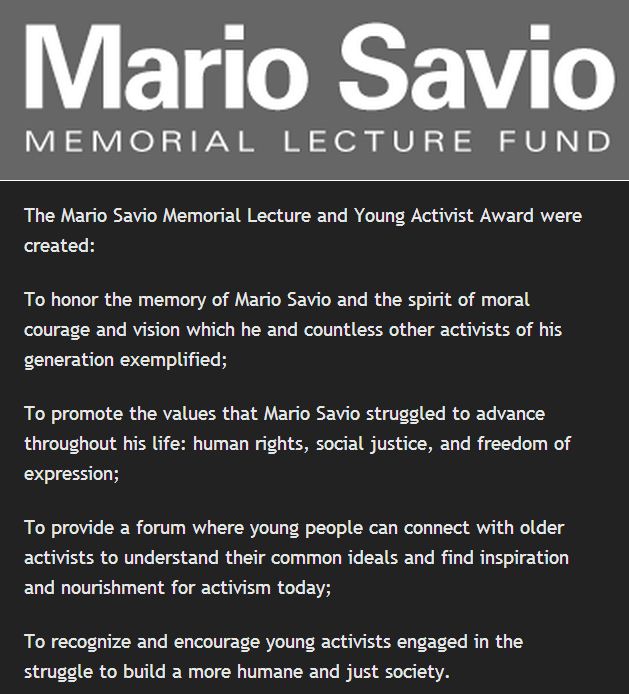 Just a week ago they celebrated with a speech from self-identified Communist and former Obama Tsar, Van Jones. This Van Jones clip gives you a flavor of what UC Berkeley “American Cultures” is committed to:

I don’t know if Berkeley’s “Cultures” graduation requirement is common at most or even many universities but, I do know this Social Justice, “we are not a single culture” commitment is common across America. Just down the road from me is the University of Minnesota (Minneapolis) Office of Equity and Diversity. Here is the banner.

Notice the U of M fans are certainly diverse. All we know about their “equity” is Minnesota athletics has a long history of apparently putting equity ahead of excellence and winning.

Monday, with the help of several great American patriots, I’ll take a shot at defining the American and the American Culture to boot.

Richard Johnson: a mature Christian who understands the sweep of history, the unique role of America and these times clearly and precisely.
View all posts by Richard Johnson →
This entry was posted in Engaging the culture, Liberals Deatroying America. Bookmark the permalink.