THE CALL: A FACE OF LIBERTY

. . . was my second visit to a subject that profoundly affected me. It definitely focused me on the task at hand. It has and is and will touch others in these times. One of these is Amil Imani. Amil works for the cause of Liberty here in America. He also works for the cause of Liberty in his homeland. You see, Amil is an Iranian emigrant. Here is the focus of my December 17th Daily call:

Liberty Lives! Do you hear the CALL; See The Face of Liberty?

These daily messages which are focused on restoration of the Constitution, America and Liberty, began this past June 28, 2010. There were various subject themes —especially “D DAY -”. After the election, the rightful subject, The “DAILY CALL” took its place. The term was actually born in 2009, a year before the June 28th beginning.

Remember, in the wake of the fraudulent and stolen election in Iran, the people rose up, peacefully demonstrating; calling for honest elections. They had every right to expect moral support from the United States. Obama reacted as I expected: he stood with the Ayatollahs and Mahmoud Ahmadinejad. You will recall many who stood for honesty in the election and freedom were killed, imprisoned and, if female, raped. For me and many, a young woman, just 16, became a symbol for Liberty that transcended Iran. Her name was, Neda Agha Soltan.

She was the inspiration for the term, DAILY CALL. Here is what I wrote in June of 2009:

Liberty lives. Perhaps many American voters slept. The Obama Administration does not speak of Liberty. But Liberty is the Light that, according to Lincoln, was the stuff of America’s conception. That light of Liberty burns today in America and in hearts across the world. Today it has a face. The face of an innocent sweet 16 year old who stood up against tyranny and for Liberty and was murdered by the instruments of the tyrants. Perhaps she was born for this purpose. Take a look.

The face of Liberty 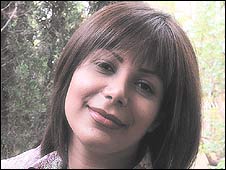 Are you listening; do you hear the call?

I quickly received a response from Amil. He led me to his post on his own Web Site from June 24th, 2009 —the same date as my original writing. If you, too, are pulled by this face of Liberty; if you understand the purpose of this young life —to give God’s Call to many— you dare not miss Amil’s post. Find it Here.

Richard Johnson: a mature Christian who understands the sweep of history, the unique role of America and these times clearly and precisely.
View all posts by Richard Johnson →
This entry was posted in Liberty, Reclaiming and Restoring America. Bookmark the permalink.