YOU ARE IN A WAR: INACTION HELPS THE ENEMY 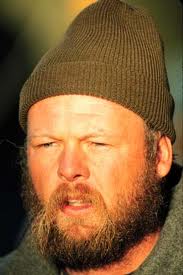 Dave Forman is a self described radical environmentalist; eco-terrorist. He is a former member of the Board of Directors of the Sierra Club and co-founder of Earth First!. It is Foreman who said, “An individual human life has no more intrinsic value than does an individual Grizzly Bear life. Human suffering resulting from drought and famine in Ethiopia is tragic, yes, but the destruction there of other creatures and habitat is even more tragic.” He also said, “This is war. There are no sidelines and there are no spectators. . . . [T]here is no truce or cease-fire. No surrender.”

Foreman’s activism sprang from Rachael Carson’s fraudulent 1962 book, Silent Spring. His atheism did not. His radicalism sprang from a lack of the Judeo-Christian ethic. Karl Marx is the rightful originator of “isms.” Environmentalism rightfully belongs to Marx.

But Marxism itself is part of a larger system. In the true sense, Judaism is radical. Christianity is the definition of radical. The system that is the root of Marxism and all its “isms” also is the font of Islam. What is that system? It is “the world.” The Holy Bible calls the system, “the world.” Christians and Jews, study the book of Job!

We must clearly understand that when a “New York Info-babe” on one hand rails for a woman’s “right to choose” and on the other hand celebrates Islam as a peaceful Religion, she is not incoherent or inconsistent. Both statements spring from the darkness and are aimed at the light of the Holy Bible. Foreman clearly knew that any of us who do not stand against the advance of darkness, in all of its forms, stands with the darkness, in any of its forms, in our silence.

Decide today! Do not be silent; act, speak, write, pray, give.

Richard Johnson: a mature Christian who understands the sweep of history, the unique role of America and these times clearly and precisely.
View all posts by Richard Johnson →
This entry was posted in Jinad/Shariah, Liberty, Reclaiming and Restoring America, Remaking the Republicans, The Cost of Democrats, This Great Awakening. Bookmark the permalink.