Posted on September 30, 2011 by Richard Johnson

The tools are different. The intent’s the same. (The real scandal is at the bottom of this post.)

North Dakota has the strongest, healthiest economy in America. It is the shining example of how America should and can come back economically. The core of the current growth is the booming oil business in North Dakota. Texas Governor, Rick Perry, correctly says Texas has created the most jobs. But as percentages, Texas is not even close to North Dakota. When President Obama took office, Texas unemployment was 4.4%, today it is 8.5%. The North Dakota unemployment was 3.7% in January, 2009 and has dropped to an incredibly low 3.3% this summer. 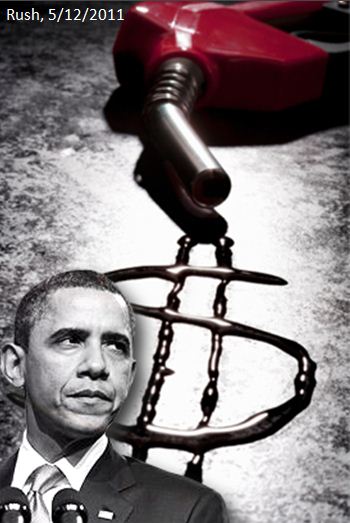 President Obama seems to have overlooked North Dakota as he and his Environmental agency hammered the economy from California’s Central Valley to the Gulf Coast states. The Central Valley is a story for another day where Obama and his EPA turned more than 30,000 of the most productive food producers in the world into standing in food lines.

The Golf Coast is more comparable to North Dakota. Obama got his chance when the Deepwater Horizon BP drilling platform had an explosion killing 11 workers. Keep that in mind, 11 people died in the tragedy, Obama showed a cool head as he mobilized a team to destroy as much of the Gulf States oil business (and jobs) as possible. Ask Louisiana Governor, Bobby Jindal. So while unemployment shot up in the Gulf States, North Dakota’s was setting record lows.

But North Dakota didn’t have a deepwater explosion. Never

mind. North Dakota has migratory waterfowl and Obama has a Fish and Wildlife Service. And sure enough some waterfowl died this year at the hands of North Dakota “Big Oil”—seven oil companies and 28 birds. These Dead Ducks are a Google image actually at the Web Site of an urban greenie-wanna-be brother. Obama’s U.S. Attorney sprang into action charging the seven companies individually with killing 1 to 12 birds. The Federal felony penalty is six months in prison and $15,000 per bird.

This is a happy Michigan hunter with at least 28 birds just as dead as those killed in the oil sludge pits. How do 28 birds (that is 4 ducks per company) rank in the life and trials of our migratory bird population? To start with birds are harvested (that is killed by humans) annually. In North Dakota alone, about 535,000 ducks and geese are harvested (remember—killed) annually.

Another Obama scandal: upwards of 450,000 birds (of all kinds) are killed by those “green” wind turbines. The Obama Administration? No problem!

Richard Johnson: a mature Christian who understands the sweep of history, the unique role of America and these times clearly and precisely.
View all posts by Richard Johnson →
This entry was posted in Drill Here Drill now, Obama, The Cost of Democrats. Bookmark the permalink.