Posted on October 5, 2012 by Richard Johnson

More than 60 million watched the presidential debate in Denver between President Obama and Governor Romney Wednesday night. It has been the major subject of discussion and analysis since the minute it ended. Most think that Romney won and Obama blew it; laid an egg. The left is particularly nasty about the Obama performance. No one needs another from me however let me offer brief remarks. 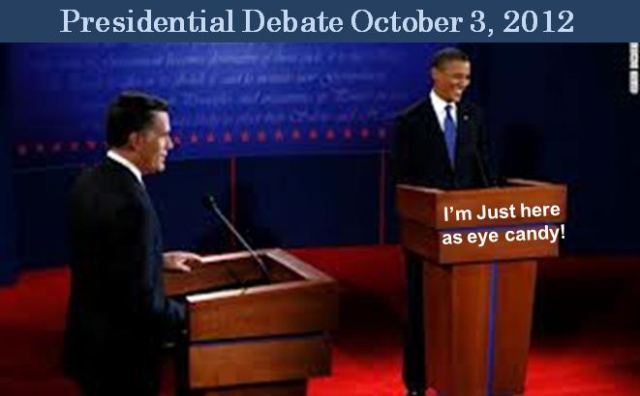 Yes, Governor Romney handily won the debate but President Obama did much better than media reports. He is likely to be much tougher in coming debates. Fortunately, what destroys him and his chances is the dismal record of his administration. It is a record that makes clear to the many Americans, who may pay only casual attention, that liberalism doesn’t work. Governor Romney has already demonstrated that he personally and organizationally will be tough enough to face the storm that is about to sweep down on him.

Governor Romney had the best and freshest lines. The best line and one that will last is:

We’ve tried trickle down government and it’s not working—and:

We know the path we’re taking is not working. It’s time for a new path.

Richard Johnson: a mature Christian who understands the sweep of history, the unique role of America and these times clearly and precisely.
View all posts by Richard Johnson →
This entry was posted in 2012, Liberals Deatroying America, Obama, Romney. Bookmark the permalink.