If you are among those who read this, you already know of the death of former British Prime Minister, Margaret Thatcher. We remember Margaret Thatcher along with President Ronald Reagan and Pope John Paul II, as the three leaders who brought about the fall of Soviet communism. This is accurate. It is correct to see that as leadership that destabilized the Soviet Empire. But equally as important is the difference each leader made internally. 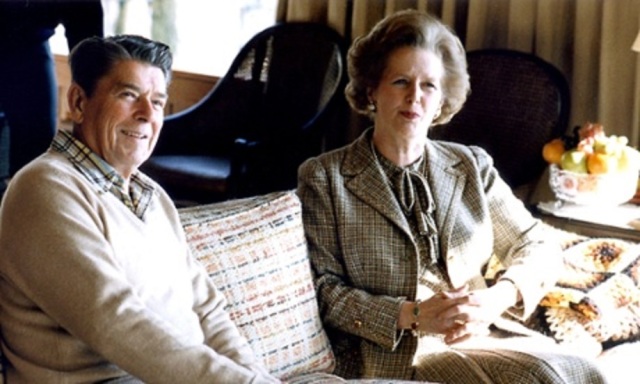 Mrs. Thatcher’s situation was that the United Kingdom was nearly as pitiful and hopeless as it is today. There was no evidence the British public were ready for anything other than the dole. Steve Forbes put it this way Monday:

It’s hard to appreciate today how desperate Britain’s condition was before Thatcher took office.  Its economy was a laughing stock, the perennial sick man of Europe.  Strikes were endemic and union bosses effectively governed the country.  Her Conservative Party had long ago made its peace with the welfare state and the ethos of high spending and high taxes.

Forbes allowed that previous Tory Prime Minister, Edward Heath, “wanted to revive Britain, he hadn’t a clue how to do it.” Thatcher had a clue she had clear vision and she had political skill. One thing more she had a “titanium spine.”

She was one of the most quotable figures of the twentieth—or any—Century. Enjoy these 17:

Richard Johnson: a mature Christian who understands the sweep of history, the unique role of America and these times clearly and precisely.
View all posts by Richard Johnson →
This entry was posted in Character, History, Liberty, World Events. Bookmark the permalink.