Andy McCarthy ranks right next to Pamela Geller as a national treasure. In an essay today at the National Review, he lays out President Obama’s obvious intention with his new Authorization for the Use of Military Force. This AUMF will tie our hands from destroying the Islamic State. It will tie the hands of the next president as well. You must reschedule yourself and read Andy’s essay to the end.

His proposed resolution would upend the Constitution’s national-defense framework. (Emphasis mine) 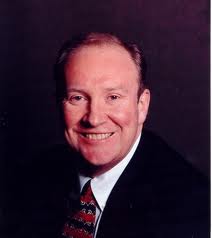 On Wednesday, President Obama proposed for Congress’s consideration an authorization for the use of military force (AUMF) against the Islamic State (ISIS or ISIL). The jihadists are already being fought — albeit not nearly vigorously enough — under existing AUMFs. So Obama’s proposal, which would gratuitously repeal one of the prior AUMFs, is unnecessary. It is, in addition, so pathetic a concoction of lawlessness and aimlessness that, in a healthier political climate, Congress would not give it the time of day.

The document defies the reality of war. Phrased as a license for the “limited” use of force, it suggests that lawmakers should delegitimize combat even as they authorize it. The president would have Congress limit the duration of combat (to three years), as if war came with an end-date. He’d have Congress limit the means of combat (no ground forces), as if war could be scripted to suit the Left’s anti-war sensibilities.

But, for a moment, let’s put aside the reality of the long war. Obama’s proposal could not even deal with the reality of Wednesday. Just as Congress received it, Obama’s new defense secretary was conceding that the president’s retreat from Afghanistan would have to be postponed because of Taliban advances; while in Yemen — that Obama-touted counterterrorism “success” story — Iran-backed jihadists seized the U.S. embassy after American diplomatic and military officials were forced to flee.

Still, it is not enough to say that in a time of real peril we have a president whose delusions are as impenetrable as they are dangerous. The proposed AUMF would continue Obama’s fundamental transformation of America by upending the Constitution’s national-defense framework.

The American Revolution succeeded against long odds, and the Framers knew that America’s survival was no sure thing. Powerful European nations remained an existential threat; along the Maghreb, radical Islam besieged American shipping, so vital to commerce. Confronting the reality of this dangerous world, the Framers vested all executive power — explicitly including commander-in-chief power over the armed forces — in a single official, the president.

The Framers were leery of a too-powerful presidency. They considered alternative models: variations on a parliamentary system that would conjoin executive and legislative powers, or the possibility of dividing executive power among ministers and privy councils. Ultimately, however, they settled on a single executive, for three reasons.

First, a unitary president could act with dispatch, in a way a committee-type arrangement could not. If the nation were threatened, a president could bring all necessary power to bear instantly.

Second, though the presidency had to be formidable to fulfill its national-security mandate, it could be checked in war-fighting just as it was checked in the domestic sphere: by making sure executive and legislative powers were kept separate. The latter were denied to the president: Only Congress has the power to declare war (which formally invokes the law of armed conflict that governs relations between belligerent nations), and only Congress can appropriate the public funds necessary to sustain military campaigns. But Congress was denied any executive power: Only the president is authorized to make command decisions, including those regarding deployment of the armed forces.

Third, accountability was key. A president was far more likely to make reckless decisions if he knew he could shift the blame for them to Congress, a defense minister, or a privy council. The great trust reposed in the chief executive — and a president has no greater duty than national defense — would be exercised more responsibly and with due urgency if the buck stopped at his desk alone.

In our constitutional system, therefore, Congress is not permitted to command the armed forces. It has no more power to direct the president to deploy or not deploy ground forces than it does to tell the president to “take that hill” or capture this enemy combatant.

Congress has the power to authorize the use of force. It can cut off funding or repeal its authorization of force if the objectives of the war have been achieved or if the president is derelict in prosecuting the war. But the Constitution does not authorize Congress to tell the president and his subordinate military commanders that land, sea, or air power is off the table. If a threat to national interests is serious enough, it is Congress’s job to authorize a war. It is then the president’s job to fight it, using whatever military assets are appropriate, in his judgment, to meet war’s unpredictable twists and turns.

If Obama believes the risk of the nation’s being enmeshed in an “enduring” armed conflict (to borrow his proposed AUMF’s nonsense word) is more dangerous than the risks posed by attacking the enemy, he can refuse to fight at all. Or, as he has done in Iraq and is doing in Afghanistan, he can withdraw even as the enemy is on the rise — a command decision known, in less politically correct parlance, assurrender. But whatever command decisions the president makes, they are his decisions. He is politically accountable for them.

Obama has made a career of ducking accountability, whether by voting present, leading from behind, or cynically condemning the predictable damage wreaked by his own policies (and relying on the press not to call him on it). The effort to gull Congress into passing an AUMF that purports to forbid military commands that this commander-in-chief has already, and irresponsibly, decided not to give is not just the usual Obama blame-shifting; it is unconstitutional.

Why is he doing it? Two reasons.

First, it is inevitable that Obama’s strategy will fail. Even if ISIS were the only enemy confronting us, defeating it would require American ground forces. As I have been arguing here for some time, for us, the ISIS threat to the Middle East is secondary; it is a threat to American national security and only we have the capability to deal with it — a conclusion even the “Don’t worry, the ‘moderate Islamists’ will fight them for us” crowd is finally coming around to.

More to the point, ISIS is not close to being the totality of the enemy. Because of his own ideological blinders, the president will not recognize that we are confronted by a global jihad united by the ideology of sharia supremacism. Besides ISIS and al-Qaeda (its Sunni forbear and, for now, rival), the enemy includes Iran and its Shiite terror axis. While battling the Sunni jihadists in Iraq and Syria for the moment, Iran has long colluded with those selfsame Sunnis in the jihad against the U.S., Israel, and the West.

An American strategy that focuses only on ISIS, pretends that al-Qaeda has already been “decimated,” and regards Iran as a potential ally rather than a mortal enemy is doomed to fail. When it does, Obama wants congressional Republicans to share in the ignominy.

Obama’s second rationale involves his legacy hunting. Uniquely in American history, Obama is building a presidential legacy that is not about his contributions to the United States but his place in the movement Left as the man who tamed America.

Obama is personally unfazed by congressional restrictions. He follows — or, in the case of his AUMF, proposes — only those that serve his purposes, and blithely disregards the rest. He realizes, however, that he will only be president for another 23 months. Obviously, he wants the next president, especially if a Republican is elected, to be hamstrung by an AUMF that bans ground forces and presumes all military action against ISIS will end by 2017. Obama knows that, unlike him, a Republican president who ran roughshod over statutes — even unconstitutional ones — would risk impeachment.

There is more here, though, than meets the eye. The president aims to establish the precedent that Congress may curtail the commander-in-chief’s use of force. Obama is not going away when he leaves office; he will very publicly assume leadership of the transnational Left. From that perch, he will urge the exploitation of that precedent by like-minded Democrats and Republicans (from both the progressive-lite and anti-government extremist camps). Before long, Congress would not content itself with mere combat restrictions. There would be efforts to rewrite the laws of war — e.g., limiting the president to the Left’s distorted notion ofproportional uses of force. There would be a push to make prosecution in the civilian justice system, rather than indefinite detention and interrogation, the standard process for captured enemy terrorists.

I’ve contended several times over the years that the AUMFs currently in effect need overhauling. The objective of overhaul, however, should be to define our jihadist enemies more clearly and encourage the president to vanquish them — without geographical or temporal limits. Still, even with all their imperfections, the current AUMFs, as they’ve been interpreted over the last 13 years, empower the president to use any appropriate military force against al-Qaeda, ISIS, and their sponsors, wherever on earth they operate.

Congress would be wise to improve on the current AUMFs. Obama’s unconstitutional proposal, to the contrary, is the roadmap to defeat.

Richard Johnson: a mature Christian who understands the sweep of history, the unique role of America and these times clearly and precisely.
View all posts by Richard Johnson →
This entry was posted in Foreign Policy Disaster, Islam the New Normal, Lawless Government, Obama, World Events. Bookmark the permalink.