BUT, MR. SECRETARY GEITHNER, HOW CAN WE DRAW THE RIGHT CONCLUSION? 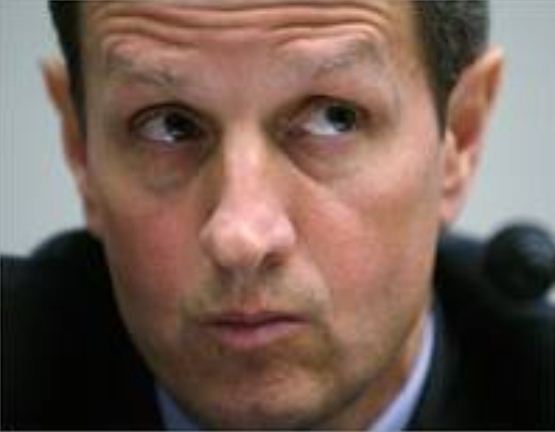 Treasury Secretary Timothy Geithner ripped Standard & Poor’s two days after the ratings agency downgraded US debt, saying the stunning move was based on a “lack of knowledge” about the nation’s finances.

“S&P has shown really terrible judgment and they’ve handled themselves very poorly,” he said according to CNBC. “And they’ve shown a stunning lack of knowledge about basic U.S. fiscal budget math. And I think they drew exactly the wrong conclusion from this budget agreement.”

You have a “10 year” budget agreement with trillions here and trillions there and a debt ceiling that won’t last 16 months, Mr. Secretary. Perhaps, unlike you, Mr. Secretary, Standard and Poor’s, with a “stunning lack of knowledge,” are really are like the rest of us.

We have the facts Mr. Secretary. We just need a way to understand —oh wait, Mr. Secretary, I remember someone explained it something like this:

Well no wonder we —and apparently Standard and Poor’s— can’t understand these numbers you deal in Mr. Secretary. Perhaps, if we put it into terms that work for “TurboTax,” we could understand. It seems, if we just move our decimal eight (8) places to the left we have a more normal “TurboTax” family. Let’s try it:

Well there, thank you Mr. Secretary, . . . OH MY LORD! Look, it’s clear. Standard and Poor’s did have a stunning knowledge and used the same “TurboTax’ judgment as any regular American family. Our regular “TurboTax” family, call ‘em the Geithners, will need to sell the boat and lake property, sell all the cars except that 2002 Toyota Corolla, and, perhaps, get a smaller house—cut spending at least $18,000.

Well, I’m sure President Obama can explain it to you Mr. Secretary.

Richard Johnson: a mature Christian who understands the sweep of history, the unique role of America and these times clearly and precisely.
View all posts by Richard Johnson →
This entry was posted in Understanding Bog Government. Bookmark the permalink.