OBAMA POLICY: IF YOU ARE OUR FRIEND, SHAME ON YOU; ISRAEL? WHO ARE YOU?

The latest Obama Administration outrage is scrubbing Israel from references to Jerusalem on the White House Web Site.

The White house was caught in the act by The Weekly Standard Tuesday in this post by Daniel Halper. (We also get coverage, Wednesday, at the Blaze.)

At 3:22 p.m., I posted this photo of Vice President Joe Biden and Shimon Peres, with an accompanying caption that indicated it had been taken last year in Jerusalem, Israel: 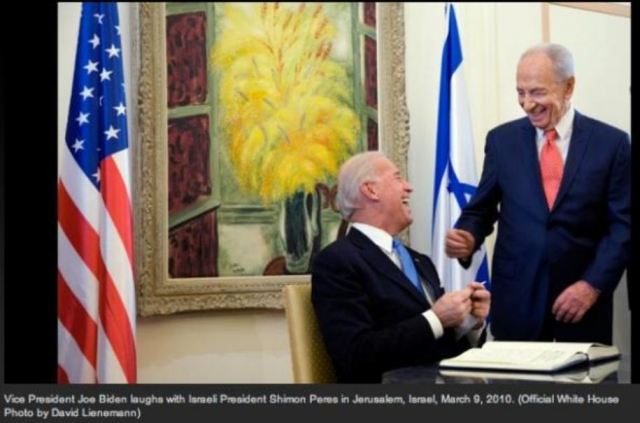 The point of posting the photo was to show that, although the State Department refuses to say that Jerusalem is in Israel, even the White House website acknowledges this elementary truth (at least for Western Jerusalem, west of the 1949 armistic lines). But not any more. Within two hours of posting, the White House has apparently gone through its website, cleansing any reference to Jerusalem as being in Israel. 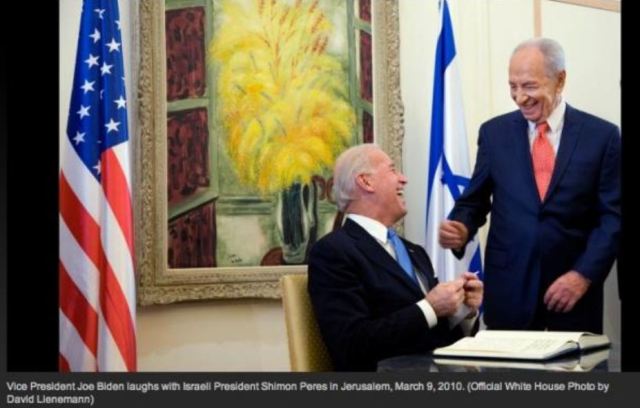 The caption now reads: “Vice President Joe Biden laughs with Israeli President Shimon Peres in Jerusalem, March 9, 2010.” It seems pretty odd that the vice president of the United States and the president of Israel were meeting in a third country, but at least the White House is now squarely aligned with the State Department.

The Weekly Standard documents the quick scrub of Israel from Jerusalem by the White House in this video:

“The word Israel is cleansed from a photo of a site memorializing Jews who were ethnically cleansed.”

We must use the precise word here, evil. Jerusalem was established by God (good) and delivered to the Israelites—the core of His promise to Abraham. Islam was established by evil. President Obama and many of his advisors (Deputy National Security Advisor John O. Brennan for example) have been serving this evil, in America’s name, since early in the Obama Administration. Do you doubt me? Watch the 1:47 video again!

Richard Johnson: a mature Christian who understands the sweep of history, the unique role of America and these times clearly and precisely.
View all posts by Richard Johnson →
This entry was posted in Obama, World Events. Bookmark the permalink.