THEY VOTED TUESDAY TO RETIRE THE 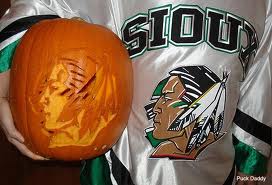 They hadn’t always been “Fighting Sioux.” For their first 40-some years, they had been

the “Flickertails,” a name arguably more pitiful than the “Gophers.” Worse—their archrivals were the North Dakota State (“Thundering Heard”) Bison. That would be my own Alma Mater and current Division I FCS National Football Champions.

Indians across North Dakota have been proudly supportive of the Fighting Sioux name and logo regardless of their individual “Nation.” Actually the only place in the State you could round up a group to oppose the name was on the UND campus. So, why did the North Dakota voters reject “Fighting Sioux?” They succumbed to political correctness. Specifically, the political correctness of the National Collegiate Athletic Association (NCAA). The NCAA determined around the turn of the century that Indian mascot names were racist and demeaning to American Indians. They therefore did what liberals always do—banned Indian mascot names. American Universities are almost totally populated by liberals and most went right along. Some, Stanford, for example, had led the way years before by dumping their American Indian mascots. There were only three problems:

“This is a political matter with no celebration,” said Tim O’Keefe, executive vice president and CEO of the UND Alumni Association and Foundation, who led a campaign to retire the nickname. “We’ve said all along that this is not an issue about preference. Clearly if that were the case, the name would be staying. The price of keeping the name is simply too high.”

Those North Dakota voters Tuesday, like millions across America, have no idea how high the price of defeat by the progressives will be.

Speaking of money, here’s the short story of the Ralph Engelstad Arena and how the University of North Dakota plays hockey in the finest college arena in the world—for now.

(The political correctness handwriting was already on the wall.) The University says that stipulation is not in the 30 year contract. But, the Engelstad Companies fully and clearly understand Ralph’s stipulation and expects to keep it. (Mr. Engelstad died in 2002.) The Ralph Engelstad Arena has 2400 Fighting Sioux logos in the building including this marble floor inside the main entrance. 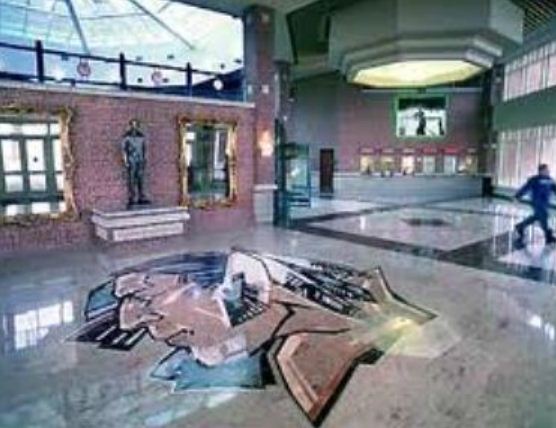 Hopefully the voters of my home State will exhibit more spine in the future. And remember, UND now needs a new nickname. I suggest something peaceful—not aggressive—like flowers. North Dakota is blessed with many wild flowers. Let the University of North Dakota sports teams be called the Crocuses. For those not familiar with the Dakotas, this is a Crocus (The South Dakota State flower). 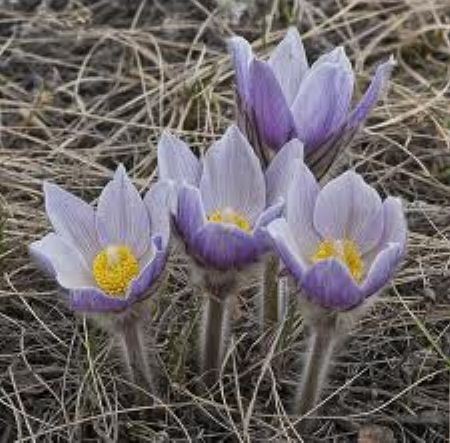 Richard Johnson: a mature Christian who understands the sweep of history, the unique role of America and these times clearly and precisely.
View all posts by Richard Johnson →
This entry was posted in Engaging the culture, Liberals Deatroying America, Liberty. Bookmark the permalink.