AFTER 5 YEARS, A STATE OF FEAR IN OBAMA’S AMERICA

President Obama presides over a growing State of Fear

Alan Caruba, writing in the Canada Free Press, made a list of thing he notices Americans fear from Obama. The list includes these:

Let’s focus on one bullet from Mr. Caruba’s piece: The military buildup within the Department of Homeland Security. Remember when President Obama and Secretary Napolitano took office, they and others in the new Administration began to swiftly separate Islam from terrorism. The DHS found new terrorist suspects—“Rightwing Extremists” 77 days after taking office. The DHS Office of Intelligence and Analysis provided all levels of government (including tribal) this 9 page assessment prepared by the “Extremism and Radicalization Branch, Homeland Environment Threat Analysis Division, Coordinated with the FBI.”

Well there you have it. Rightwing extremists have been identified as the threat to Obama’s coming “fundamentally transformed” America. Not Islamic Jihadists. Not international and domestic drug dealers. Not North Korea. Not China, Not Iran, Not Russia. No, no the terrorist suspects to focus on are American Conservatives. “The information is provided to federal, state, local, and tribal counterterrorism and law enforcement officials so they may effectively deter, prevent, preempt, or respond to terrorist attacks against the United States,” The Assessment declares. Even though Secretary Napolitano said she withdrew the Assessment, the DHS leads a U.S. Government plan for military action.

Not including purchases of the Department of Defense, the Federal Government has ordered at least 2.1 billion rounds of high caliber ammunition since President Obama took office. Homeland Security accounts for more than 1.6 billion rounds. DHS has also ordered thousands of what Senator Dianne Feinstein calls assault weapons and hundreds of military vehicles.

How much ammunition is that—really? For perspective, at the height of the Iraq war, the military went through 5.5 million rounds a month. That means DHS is ready for an Iraq size war lasting more than 380 months. They actually seem more prepared for a USA size 4 year war. Keep in mind these calculations do not account for possible resupply from time to time extending the duration of a USA size war.

Update: Reader Mike Gay found my math in error. The mistake is pitiful, that total stockpile of ammunition is 380 months or 31 years and a U.S. size war a mere 4 years. Also it seems DHS considers the homeland most of North America and Greenland. 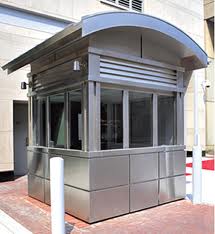 Make your own guess. I’ll just point out that the purchases include “bullet resistant checkpoint booths.” Do not overlook the DHS is the government home of the TSA. Oh, I’m sorry, that is Transportation Security Administration. You have encountered the TSA if you have flown in the past 142 months. But, “We are not the Airport Security Administration,” declared Ray Dineen, the air marshal in charge of a TSA office. [Emphasis mine]

The TSA has taken ground travel seriously. It turns out the TSA has a secret counter-terrorism team that shows up in transportation centers going back at least to 2011. The secret team ran more than 9,000 unannounced checkpoints and other search operations in 2011 with expansion for last year. They have also showed up at highway and street intersections. Knowing those “rightwing extremists” as they do, it is natural to have an expanding supply of bullet-resistant checkpoint booths.

Private Citizens are arming at a record pace. According to the far left group Think Progress, American’s privately own 270 million firearms. Many buy guns for personal protection against the fear of crime. Others fear new strict gun control legislation. Americans continue to find ammunition scarce.

With just this one example of Mr. Caruba’s concerns, it is clear why President Obama presides over a growing State of Fear.

Richard Johnson: a mature Christian who understands the sweep of history, the unique role of America and these times clearly and precisely.
View all posts by Richard Johnson →
This entry was posted in A Criminal Enterprise, Cover-up, Lawless Government, Scandal, State of Obama's America. Bookmark the permalink.

7 Responses to AFTER 5 YEARS, A STATE OF FEAR IN OBAMA’S AMERICA