Posted on September 12, 2013 by Richard Johnson

Actually it was covered by Fox News and my local CBS station reposted an excellent page from the CBS 2011 10th anniversary feed to the local affiliates. This 12th anniversary of the cowardly attack on America must be marked and never forgotten. Here are selected images from CBS: 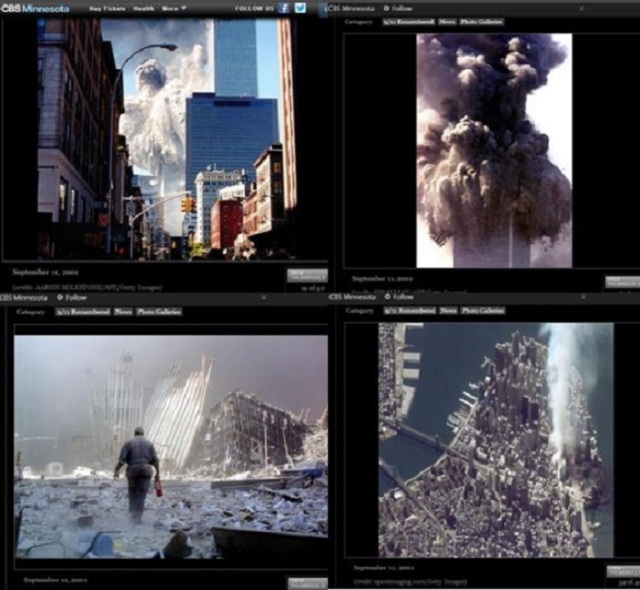 This video, taken from a New York couple from their apartment on September 11, 2001, was posted seven years ago after five years of healing by “Bob and Bri” who ask. “Please be respectful of the contents of this account and be aware some may find the scenes on this video very disturbing.”

This 10 minute video has footage edited from several sources including TV networks. A very useful edit:

But like you and me, the American people did not forget. The best example I found is many citizens went to Washington to remember in the Nation’s Capitol. They were perfectly represented by these bikers:

We will never forget.

Richard Johnson: a mature Christian who understands the sweep of history, the unique role of America and these times clearly and precisely.
View all posts by Richard Johnson →
This entry was posted in Islamic war against America, Remembering 911. Bookmark the permalink.