YOU ARE IN THE “WAR OF THE 21ST CENTURY”; YOUR GOVERNMENT IS NOT

“War should be understood as an actual, intentional and widespread armed conflict between political communities. Thus, fisticuffs between individual persons do not count as a war, nor does a gang fight, nor does a feud on the order of the Hatfields versus the McCoys. War is a phenomenon which occurs only between political communities, defined as those entities which either are states or intend to become states[.]” —Stanford Encyclopedia of Philosophy

Islam Is a Political Community!

Islam is at war against the United States of America and Israel!

Islam is at war against Western Civilization!

Islam is at war against Christianity and Judaism!

Islam is at war against you and your loved ones!

Here is a map of the “political community” Organization of Islamic Cooperation at war against you. (See a complete list at the bottom of this post.) 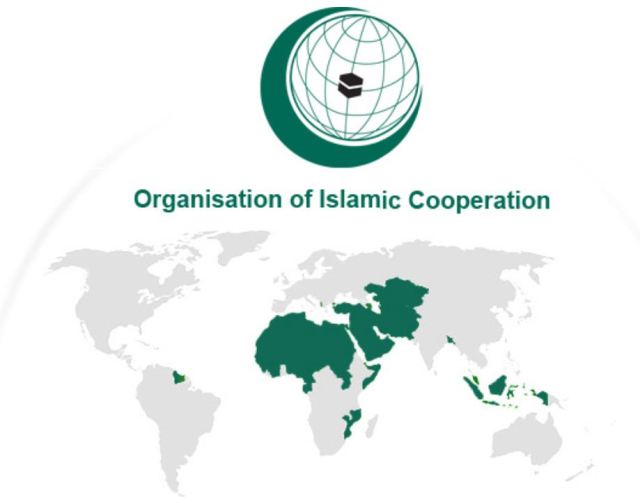 This map shows the human resources at the “political community’s” disposal in Asia and Africa. (There are plenty of human resources in Europe and the Western Hemisphere as well.)

However your government under Bully in Chief Barak Obama is not at war against Islam. Your government is committed to the “opportunity for a legitimate Islam.”

“The war on terror is over,” one senior State Department official who works on Mideast issues told Michael Hirsh of the National Journal. “Now that we have killed most of al Qaida, now that people have come to see legitimate means of expression, people who once might have gone into al Qaida see an opportunity for a legitimate Islamism.”

If Governor Romney understands the enemy and its war and if he understands how completely the United States Government has been scrubbed of the reality of our century, he, among other key appointments, will name Andrew C. McCarthy Attorney General of the United States of America. As an American who finds yourself at war with a formidable enemy and a government that has abdicated its duty to protect and defend us, your required (compulsory) assignment for today is to read Andy’s column published yesterday and reprinted here for your convenience. There will be a test. It may last generations. Do not fail! 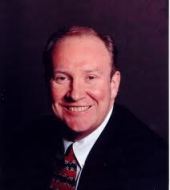 A few years back, I wrote a book called “Willful Blindness: A Memoir of the Jihad.” It was about being on the “front lines,” so to speak, of the battle against Muslim terrorism. I put “front lines” in quotes because, though the terrorists saw themselves as fighting a doctrinally ordained war of armed combat, we were treating them as mere criminals — such that our idea of a battlefield was the federal courthouse, and our idea of a commander was, well . . . me.

Misapprehending the dimension of the challenge — that it was war, not crime — was only one part of the story. The real willful blindness was government’s failure to examine the nature of the challenge. This, of course, involves the question of why things happen. To duck that question was reckless. A failure to understand the terrorists’ rationale made it impossible to grasp how pervasive the security problem was, how likely it was that additional mass-murder plots were in the offing, what kinds of targets were vulnerable, and what should be done to try to prevent attacks.

Still, things were better 20 years ago. If the book were to be written about today’s counterterrorism approach, I’d have to call it Compulsory Blindness: A Surrender to Violent Extremism.

See, however wayward our approach in the Nineties may have been, it was still possible to tell the truth, to fashion an accurate depiction of the phenomenon. To be sure, in the Clinton years, there was plenty of feel-good “Religion of Peace” drivel coming out of the White House, the State Department, and Main Justice. But back then, willful blindness was the familiar, tacit kind of conscious avoidance: Officials who should have known better passively avoided learning basic, uncomfortable facts. For the most part, though, they did not affirmatively obstruct those who were more industrious.

No one, for example, stopped me from eliciting sworn testimony from FBI agents and other experts that the concept of “jihad” stemmed from classical Islamic doctrine, and that its original meaning involved armed combat against unbelievers in order to fulfill the divine injunction to spread Islam. Regardless of what the politicians were saying in Washington, no one tried to stop us, in our New York courtroom, from proving that the terrorists had been animated by a supremacist ideology that was firmly rooted in Islamic scripture. No one prevented me from pointing out to the jury that the Blind Sheikh (Omar Abdel Rahman), whose various physical maladies rendered him unable to carry out terrorist acts, was nevertheless empowered to command the terrorist organization, solely because of his mastery of Islamic jurisprudence.

I marched into the courtroom every day for nine months and proved that there was an undeniable nexus between Islamic doctrine and terrorism committed by Muslims. The Blind Sheikh, the jury was allowed to learn, was not a fringe lunatic; he was a globally renowned scholar of sharia whose influence over a spate of international jihadist organizations was based on his doctorate from al-Azhar University, the world’s most influential center of Islamic thought. And when I demonstrated the straight-line, undeniable logic of the evidence — that scripture informed the Blind Sheikh’s directives; that those directives informed his terrorist subordinates; and that those subordinates then committed atrocities — the government gave me the Justice Department’s highest award.

Today, I’d be ostracized. No longer is the government content to be willfully blind. Today, it is defiantly, coercively, extortionately blind.

“Islamic outreach” started out in the post-9/11 Bush years as a well-intentioned but wrongheaded way to connect with Muslim communities: convince them to share information about jihadist elements while persuading them that America’s quarrel was with terrorists, not Islam per se. It was a wayward idea, but not fatally so. After all, outreach was just a sideline — something the FBI, the intelligence community, and the military did in addition to, and in the service of, their more conventional methods of gathering information and evidence in order to thwart a threat.

In contrast, Islamic outreach is the ne plus ultra of Obama counterterrorism. Today, conventional methods of intelligence collection — along with the basic premise that you need to understand what you are looking for — are foresworn if they are deemed to interfere with Islamic outreach in any way. Counterterrorism is not national security anymore; it is pseudo-psychology. The key to making us safer is making Muslims feel good about themselves, the theory holds. This will nullify resentment, and resentment, not ideology, is the cause of Islamic aggression — except we wouldn’t want to call it Islamic aggression because Muslims would resent that. So we must suppress all references to Islam (Islamist, “political Islam,” “Islamic supremacism,” jihad, etc.). And we must violate the first rule of good intelligence that nothing is beyond scrutiny: It is to be taken as a given that Islam is not the problem but a key part of the solution.

There are many farcical things about Islamic outreach, but the worst is that it miniaturizes the threat of Islamic supremacism. Contrary to popular wisdom, violent jihadists do not kill wantonly. It is a grave error to confuse tactical barbarism with mental dysfunction. They kill for the same reason that non-violent Muslim supremacists champion sharia, Islam’s legal system and societal framework. The rational, coherent goal of both the violent and the non-violent is to Islamize the society by imposing Allah’s law.

Islamized society is antithetical to the Western notion of free society — it rejects liberty and equality. Therefore, the threat to us is not merely violence, or “violent extremism” (the euphemism in vogue for “jihadist terror”). Violence is just the immediate part of the threat. The overall threat is that our liberty will be eroded as sharia mores take root. Shariah is extremism, and it imperils us whether or not it is implemented violently.

Moreover, the animating supremacist doctrine is the same for everyone who hears it, even if only some are moved to violence. All who accept the doctrine have the same ultimate goal; they differ only in their methods of achieving it.

By and large, the government’s outreach “partners” are leaders of Islamic organizations, many of which are affiliated with the Muslim Brotherhood. The Brotherhood and al-Qaeda accept the same doctrine of Islamic supremacism. They have tactical disagreements about how to carry out the duty to spread Shariah, but they are in harmony on the point that spreading it is a duty. That is why in 2008, for example, the Brotherhood’s then–Supreme Guide, Mohammed Mahdi Akef, rejected the suggestion that Osama bin Laden was a “terrorist.” He countered that bin Laden was a “mujahed” (an honorific applied to “a warrior in Allah’s cause”). Akef added that, in his “sincerity in resisting the occupation,” bin Laden was “close to Allah on high.”

If, under the guise of Islamic outreach, the government gives these Islamic-organization leaders a veto over what our agents can learn about Islam, it is giving a veto to people who believe what bin Laden believed. Even if they disagree with bin Laden’s methods, they are not going to help us discredit the ideology that causes terrorism. They are going to tell us to ignore that ideology while they go merrily on promoting it. And that it won’t incite terrorism in everyone does not mean it won’t incite terrorism in anyone.

The Obama administration has gone all in with these Islamic leaders. It is not only willfully blind to the threat, a la Clinton and Bush. Obama has made blindness compulsory. Under his direction, the FBI, the Department of Homeland Security, and even the military are taking muscular steps to bleach training materials of any information that these Muslim leaders might find offensive, meaning: anything that explains Islamic supremacism and demonstrates the unmistakable causal relationship between Islamic scripture and Islamic terror. Disappearing along with the materials are the instructors who lecture about them. The idea is not just to airbrush Islam but to intimidate — with the specter of taint and lost employment — anyone who would dare challenge Obama orthodoxy.

The president is purging information on which, not so long ago, juries relied to convict jihadists. Notwithstanding all its willful blindness, the government used to pass out sparkling awards to the officials who stitched that information together. Now, in the era of compulsory blindness, the government stamps “Islamophobe” on your head and hands you your walking papers.

Here are the members of the Organization of Islamic Communities:

Richard Johnson: a mature Christian who understands the sweep of history, the unique role of America and these times clearly and precisely.
View all posts by Richard Johnson →
This entry was posted in 2012, Defending Christianity, Jinad/Shariah, Obama, Reclaiming and Restoring America. Bookmark the permalink.